SCENAR was dubbed “the Star Trek Device”, by the European press, after the all-curing, energetic medical device used in that popular science fiction series. Cures have been claimed from it for all types of disorders – circulatory, respiratory, neurological, genito-urinary, musculoskeletal, gastrointestinal, endocrine, immune, psychological. Yet the SCENAR (an acronym for Self-Controlled Energo Neuro Adaptive Regulation) is entirely non-invasive.

It is a reflex biofeedback device involving no drugs or surgery, only a light touch to the body with an electrical energy that is responding to the body’s own signals. The SCENAR was developed in Russia and combines Western electrical biofeedback with Eastern energy medicine. The technology behind it was a product of the space race.

Both Eastern and Western physicists were encouraged to develop energy medicine under their government’s umbrellas, as massive funding was poured into equipment for the American and Russian space programs. Astronauts and cosmonauts could not take pharmaceuticals for every possible malady because of restricted storage space on spacecraft. Another form of treatment was needed, and it was this which prompted the development of energetic medicine and biofeedback systems for healing.

The technology for the SCENAR was developed by a team of Russian doctors and scientists at Sochi University in the late 1970s. The team sought a method of treatment that was energy efficient, portable and non-invasive and circumvented the space flight problem of toxic waste storage. The solution they devised was a repeatable therapeutic treatment using electrical signals to stimulate the immune system, the body’s own healer. 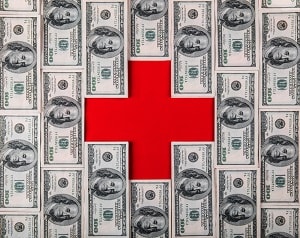 Ironically, the SCENAR was never used in space, but its technology is helping to solve the healthcare crisis in Russia, and it could also help solve the health care crisis in the West. The device works on diseases and dysfunctions of every kind by acting systemically on the energy field of the body.

Yet it is the size and shape of a TV remote control and operates on an ordinary AA or 9-volt battery. Only minimal training is necessary to use it for enhanced well being and for cosmetic effects such as increased facial tone (that is, a natural facelift).

Even with serious diseases and injuries and chronic medical conditions, the training required is brief compared to the years of schooling necessary to practice conventional medicine. Results reported for both the SCENAR and the ENAR (the home/therapists version) have been remarkable. There seem to be very few ailments that it cannot alleviate or cure. To date, over 50,000 cases have been reported involving the device.

More than 10,000 practitioners are using it in Russia, along with some 500 in the UK. Many use it as their principal treatment on a wide range of diseases and injuries. A large body of information available from research papers, clinical reports, and training manuals indicates that, overall, the SCENAR is effective in about 80% of cases (where “effectiveness” is defined as a cure in two-thirds of cases and significant improvement in the remainder).  Dr. Keith Scott-Mumby reports on the cumulative rates of effectiveness for a variety of disease categories, as follows: The device also greatly reduces recovery times.

At the 2000 Olympics in Australia, the SCENAR was called Russia’s “secret weapon”, allowing athletes to compete after sustaining serious injuries. In accident and emergency wards it is used to aid recovery from cardiac arrest, massive trauma, and coma. It has also proved beneficial in burns, fractures, insect bites, allergic reactions, immune disorders, depression and other mental afflictions, dental problems and skin conditions.

In addition, Russian trials have demonstrated dramatic benefits for pain relief. Victims of both cancer and fractures have experienced more pain relief from the release of natural opioids stimulated by SCENAR treatment than from chemical opioids fostered pharmaceutically.

During treatment, the recipient feels only a gentle tingling or stroking sensation, as the device is run over the spine, abdomen, infected area or other relevant portions of the bare skin. It sends electrical signals, records the resistive response and uses its sophisticated software to return a freshly modulated signal.

The practitioner determines where to apply the device by looking for anomalies on the skin surface which are indicated by redness, numbness, stickiness or a change in the sound emitted from the device. These areas may not seem to be directly related to the symptoms for which treatment is sought, but experience indicates that the healing process is commenced by treating these ‘asymmetries’.

The SCENAR is operated by placing the device directly on to the skin where it collects electromagnetic signals that are modified and sent back to the body. This ‘biofeedback’ feature is what distinguishes it from TENS machines and other electrical therapies which send out a consistent continuous signal to which the body can eventually fail to respond.

By contrast, the SCENAR’s signals change in response to bodily changes which prevents any adaptation. The device sends a series of signals through the skin and measures the response, each signal being sent only when a change is recorded in the electrical properties of the skin in response to the previous signal.

The SCENAR heals by using neuropeptides, the internal pharmacy of chemicals by which the body is kept in physiological balance. Without regulatory peptides being produced by the nerves, the body can adapt to disease states, which may be caused by injury, injection or toxicity.

The SCENAR stimulates the nervous system to produce its regulatory peptides, thereby prompting the body to heal itself. The device catalyzes the production of neuropeptides for use where necessary to re-establish the body’s natural physiological state and therefore cause healing. Because these peptides last for up to several hours, the healing process continues long after the treatment is over. The healing process is ongoing for another reason. The disease occurs where portions of the body have been blocked from communication with the energetic system that keeps it in balance.

The SCENAR begins a ‘dialogue’ with these blocked areas. Once the lines of communication have been re-established, the information-starved areas keep on talking. They want to stretch and move and come back to life.

Healing is reported not only in the nervous system but in conjunction with other chemical imbalances, correcting sleeplessness, appetite, behavioral problems, learning ability, memory, sexual function and overall physical health. Arguably, these results could be ascribed to the placebo effect, but British veterinarian, Roger Meacock, has achieved results on animals. He has successfully treated horses, pigs, cattle, sheep, dogs and cats with the SCENAR, and has found it to be the best available treatment, particularly for musculoskeletal injuries in horses as it gives rapid, profound healing to tendon and ligament injuries.

As for the principles behind SCENAR treatment, Dr. Meacock explains that the body has a finite amount of energy that must be divided among multiple functions. Its essential survival functions are energy replacement (feeding), reproduction and the fight-or-flight response. Injuries need to be repaired, but only sufficiently for the organism to maintain its survival functions. When repair reaches that level, the stressed organism with insufficient energy for all its needs abandons the healing process and returns to eating, reproducing and fleeing enemies. The SCENAR works on an informational level to remind the body that it still has repair work to do. 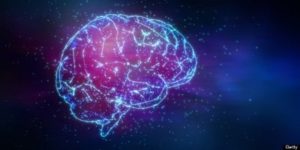 The body is continually influenced by external stimuli to which it reacts in a way that maintains internal balance or homeostasis. Because these stimuli are infinitely variable, no two stimuli are experienced in the same way. By contrast, pathological signals are experienced as repetitive so the body adapts to them and fails to recognize that it has a problem. The pathological vibratory signal becomes self-perpetuating and gradually spreads, leading to organ dysfunction.

The SCENAR (or ENAR) modifies the pathological signal so that the brain becomes aware of it, inputting electrical impulses that are never the same and cannot be adapted to, forcing the body to respond. Central nervous system involvement is reintroduced by neuropeptides that alter the regulatory pathway, breaking the repetitive pathological cycle and allowing cellular and organ recovery. The result is markedly reduced healing times and pain relief.

The SCENAR is approved in England for pain relief, and in May 2002 it received approval from the US Food and Drug Administration for use as a biofeedback device in the US. 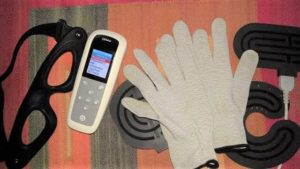 No unwanted side effects have been demonstrated from either the SCENAR or ENAR treatment in over 20 years of use in Russia and Europe. The impulses sent by the device are similar to the body’s own nerve impulses and are quite safe, even for children and pregnant women. The only absolute contraindication is for people with cardiac pacemakers, although certain other diseases and injuries should be treated only by a practitioner with thorough training.

As with all natural treatments that stimulate rather than suppress the body’s own healing power, the initial effect may be a ‘healing crisis’ that makes the patient feel worse before feeling better. A lack of energy or general malaise may result as old problems are brought to the surface for treatment and elimination, but this soon passes.

Russian research indicates that for long-lasting effectiveness, chronic problems may need treatment three or four times a week for up to six weeks. Acute problems, however, often resolve after only one or two treatments. Fresh injuries or acute inflammatory processes may require intensive treatment once or twice daily for several weeks. They should reduce gradually as the condition improves.