The most successful online wellness training and coaching system proven to solve the underlying causes of pain, boost energy and solve acute and chronic medical conditions naturally and reliably even when all other modalities have failed.

With his eBodyFUSION system Benedick Howard is an expert training and coaching hundreds of clients since 2006 combining wellness coaching with advanced microcurrent techniques.

Benedick Howard created the eBodyFUSION system with a mission to change the face of medicine by coaching clients to get off the medical treadmill and learn to self treat at home.

In 1951 he was born in London, grew up on a small farm and went to Waldorf school. One day when he was 14 a block wall fell on his head damaging his back and neck causing excruciating pain, dizziness and he lived with migraines, irritability and depression.

In 1974 he graduated as a Mining Engineer and emigrated to Canada and working mining and manufacturing industries as a development engineer. In 1984 disillusioned by the profit at any cost corporate agendas he went on a life changing journey through Africa and camped overland through 16 countries staying with various tribes including the Dogon and Ituri pygmies.

Returning to north America he changed his life goals in 1987 away from engineering to developing stress and pain management sound healing environments in an attempt to resolve his sometimes excruciating neck and back pain. These powerful musical massage platforms went worldwide after he designed and implemented training methods for a wide range of psycho-physical activation and awareness. They were also very helpful for managing his pain levels, but sometimes as with other therapies like acupuncture and chiropractic work, it did not completely resolve the underlying causes.

In 2002 he came across micro current biofeedback and combined that with his daily Ashtanga yoga practice and finally the back and neck pain began to resolve.

In 2014 he created a completely revised version of the training using FDA approved devices manufactured in the USA.

Benedick has been an active in protecting the whales and in 1997 his organization was awarded the Earth Day award for it's contribution to prematurely terminating the low frequency active sonar testing of Hawaii.

He has been seen on British TV with his sound environments and micro-current biofeedback technologies and internationally on the Healing Quest series. He has also been a keynote speaker at conferences and featured in numerous online publications.

He has 4 children and three grandchildren.  He lives self substantially off the grid in the rain forest in Puna, Hawaii. 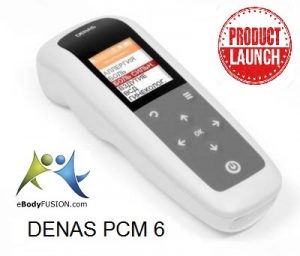 Tired of the medical treadmill?

Benedick Howard, is a Wellness Coach who empowers motivated clients - those who have grown tired of the deadly medical treadmill - to regain their health through the application of his wellness, pain-busting coaching.

His cutting edge system uses technologies that enable clients to quickly and competently manage complicated health issues at home.  He is a visionary changing the face of medicine and has been featured internationally on PBS and British TV.

Changing the Face of Medicine

“Benedick Howard known internationally online as a Wellness Coach who is definitely the forerunner in pain busting technology. He’s been featured on British TV and PBS. He’s the finest mentoring instructor around from personal experience.”  04/22/2014

Benedick Howard was interviewed in 2002 about his groundbreaking sound healing environment "DreamWeaver" that aired on PBS and around the world.

Disclaimer:  Although the Russian's clinical trials achieved 88.50% average cure rates, your results will vary accordingly.  The testimonials on this site illustrate what others have obtained and your success will depend on a number of factors as you self apply according to the protocols taught in the training and coaching.